NewOrleansRestaurants.com is a proud sponsor of the first ever Michelob Ultra Bourbon Street Barathon, produced by the Crescent City Classic. This fun virtual event features a course from bar to bar in the French Quarter. 100% of donations and part of registration proceeds will go to support the Louisiana Hospitality Foundation.

Because this is a virtual event and the bars that don’t offer food are not open at this time, we’re making cocktail recipes available to race participants here. Just remember, pace yourself!

See our blog about the event for more details! 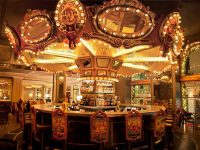 The Carousel Bar in the Hotel Monteleone lures guests in to take a spin on the 25-seat, bright circus-clad Merry-Go-Round. It’s the only carousel you have to be 21 years of age to ride! 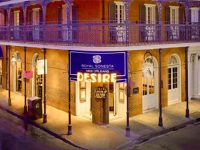 Desire Oyster Bar has appeared in shows like NCIS New Orleans and Flip My Food. For many years, it won 1st place in the United Way's Annual Got Gumbo Cookoff. The bar proudly donates all used oyster shells to the Coalition to Restore Coastal Louisiana's Oyster Shell Recycling Program. 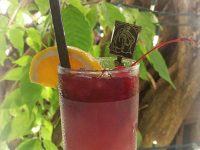 The Court of Two Sisters building dates back to 1832 and was once home to sisters, Emma & Bertha Camors. They operated a notions shop at the Royal Street entrance and sold imported linens, laces, and fineries to the ladies of New Orleans. They often entertained in the large courtyard, a tradition which the Court of Two Sisters continues. 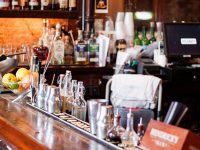 While Henry Ramos's bar on Gravier Street has long been a parking garage, the inventor of the Ramos Gin Fizz lived just one block down Rampart Street from Bar Tonique which makes one of the best Gin Fizzes in the city. In the three years since the bar opened, it has raised $30K+ for local charities. What’s more, its general manager Mark Schettler helped created the , a program that helps businesses reopen and stay open during the pandemic. 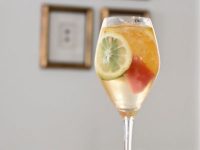 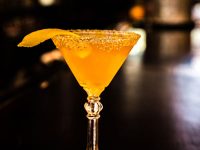 The French 75 Bar, originally a “gentlemen only area,” is dedicated to making the finest cocktails with the highest quality ingredients and spirits. Its handcrafted cocktails are classically focused, using locally sourced ingredients, home-made syrups, drams and liqueurs. It was named “One of the Top Five Bars in the Country” by Esquire Magazine and was the recipient of the James Beard Outstanding Bar Program Award in 2017. 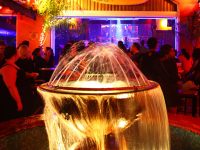 Relax by the flaming fountain in a tropical French Quarter courtyard, watch your favorite teams at the same time in the Carriageway Bar or show off your moves on the dance floor. Beach on Bourbon features the largest dance floor with the only raised VIP Area overlooking the stage and dance floor on world-famous Bourbon. 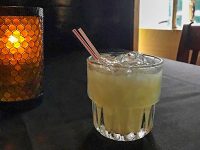 Invented here by Cayetano Ferrer, the Absinthe Frappe is a surefire way to beat the heat. This deceptively simple highball is made with Herbsaint, Anisette, and your favorite soda water.

The Separator
by Good Friend's Bar

A New Orleans must have! A creamy concoction! A boozy soft serve ice cream! 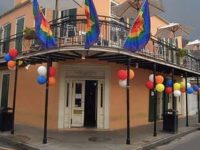 The most refreshing cocktail on Bourbon! Made with Stoli Citrus and an infusion of fresh oranges, limes and lemons topped with sparkling water and more. A combination only known to its inventor! 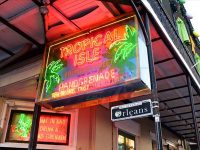 A sweet and potent melon flavored drink served frozen or on the rocks in a green, translucent, plastic yard glass container with a base shaped like an oversized hand grenade.