Reveillon Menus in New Orleans for 2011

New Orleans continues the fine tradition of the Reveillon through the 2011 Christmas season. 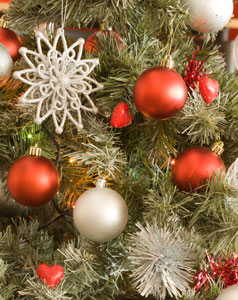 Today's Reveillon is celebrated nightly during the Christmas season in restaurants throughout the city. Menus combine ageless Creole cuisine with more contemporary New Orleans dishes, but the spirit of the past remains. Revel in nostalgia. Join us for the Reveillon at any of the fine locations below.

Broussard’s - Broussard's offers a German approach to the Reveillon dinner throughout December.

Visit the following restaurants' websites to inquire about their 2011 Reveillon menus.

Antoine's Restaurant
Since 1840, Antoine's has been noted for its excellent French-Creole cuisine and numerous historical dining rooms. Antoine's has long been a tradition for both locals and visitors to New Orleans. An unmatched dining experience in the heart of the French Quarter.

Brennan's
A legend in New Orleans -- and a dining experience not to be missed. Enjoy the famous breakfast at Brennan's .. and lunch and dinner, too! Located in the heart of the French Quarter.

Court of Two Sisters
The Court of Two Sisters is known for its festive daily Jazz Brunch buffet and large, picturesque courtyard. Dinner, which is served nightly and features a four-course dinner and an a la carte menu, is also an experience not to be missed when visiting the French Quarter.

Tujague's
New Orleans' second oldest restaurant! Located across from the French Market in the heart of the French Quarter, Tujague's has retained its reputation for providing an unforgettable dining experience in the original Creole tradition.