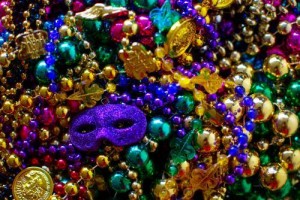 This year's Mardi Gras season is one to remember. With the Super Bowl mixed in, it's made for not only an extended holiday but also for a bigger, more exciting season. Now that the Super Bowl part is behind us, the city can focus on what really matters now - Mardi Gras. While today starts the last push of parades in New Orleans from now until Fat Tuesday, it's Fat Tuesday itself that's the center of the season.

Those from New Orleans know that Mardi Gras day parades roll early. Zulu starts at 8am with Rex following close behind. Although it's typically noon or later by the time Rex actually hits Canal Street, revelers spend the first half of Mardi Gras day catching Zulu coconuts, beads and watching float after float sail by.

Once the parades end and the streets open up again, revelers typically find themselves in need of a meal. Parade-watching is an appetite-inducing activity, one that makes the soul yearn for something fried, grilled or otherwise slathered in a cream sauce.  While already down near the French Quarter, check out some of our favorite dining spots that are open and ready to serve you on Mardi Gras Day.

If you're interested in casual, New Orleans cuisine restaurants:

For those wanting something slightly upscale:

For those who want to experience Bourbon Street dining on Mardi Gras day (the area will be very busy):

Whatever your palate's craving, you'll be sure to find great dining options on Mardi Gras day.  While cups and beads can't be traded for lunch, once you sit down for a meal, you'll be glad you did. You can sit back, relax, grab a beer and a large heaping serving of something delicious. From all of us here at New Orleans Restaurants, have a happy and safe Mardi Gras!