Where to Watch Dem Saints. 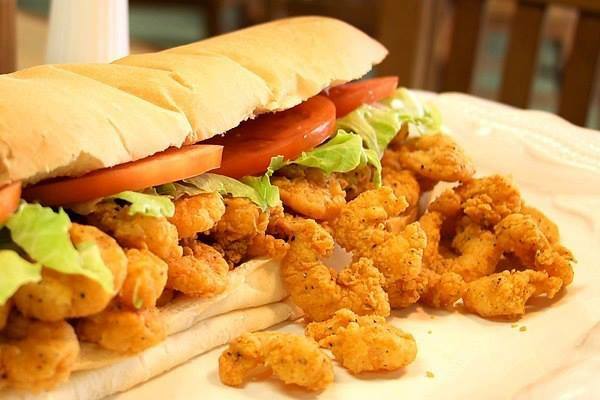 When the Saints are playing football, the entire city of New Orleans knows it. It’s been said before and we’ll say it again: This town bleeds black and gold. On game day, you’ll see fans dressed in their Who Dat best all over town. Touchdowns are announced over the loudspeakers at most grocery stores. Along with the big party in the Superdome, fans gather at friend’s homes, local bars and restaurants from Backatown to Uptown to watch the game. Here are a few of our favorites places to be at kick-off time. Come early to get the best seats.

It’s always “half time” at Acme Oyster House. Grab half a shrimp, oyster or “10-Napkin Roast Beef Po-boy” and pull up a seat close to one of the TVs. No matter how the Saints are playing, you’ll have a great time.

Former Saints’ quarterback Bobby Hebert is a legend in this town and his Metairie restaurant, filled with fascinating memorabilia, is the perfect place to watch the Black & Gold. You’ll love the food, too. We can vouch for the Cam Cam Bam Bam Buffalo Wings, the Who Dat! Crab Cakes, and Buddy D’s Red Beans and Rice.

Football is always fun at B.B. King’s Blues Club in the French Quarter. The Debris Fries (a load of French Fries topped with slow-simmered roast beef and gravy) are to die for. And who could say no to the Louisiana Crawfish Poppers?

Tupelo Chicken Tenders. Hard Rock Nachos. Joe Perry’s “Rock Your World” Quesadilla. If you were thinking about just picking up a bag of chips and dip at the convenience store, we hope this changes your mind. Come on down to the Quarter and join the party at Hard Rock Café.

For decades, fans have been catching games at Felix's. There's nothing like football on the half shell! Come nibble on fried pickles, onion rings, crawfish pies, po-boys, seafood platters and more.

These guys know how to throw a party! The balcony is the bomb and the seafood TDF. Come join the fun and the gameday specials!

Break out the powdered sugar! Café Beignet has opened its fourth location in New Orleans. Café Beignet at 622 Canal Street is now open, …