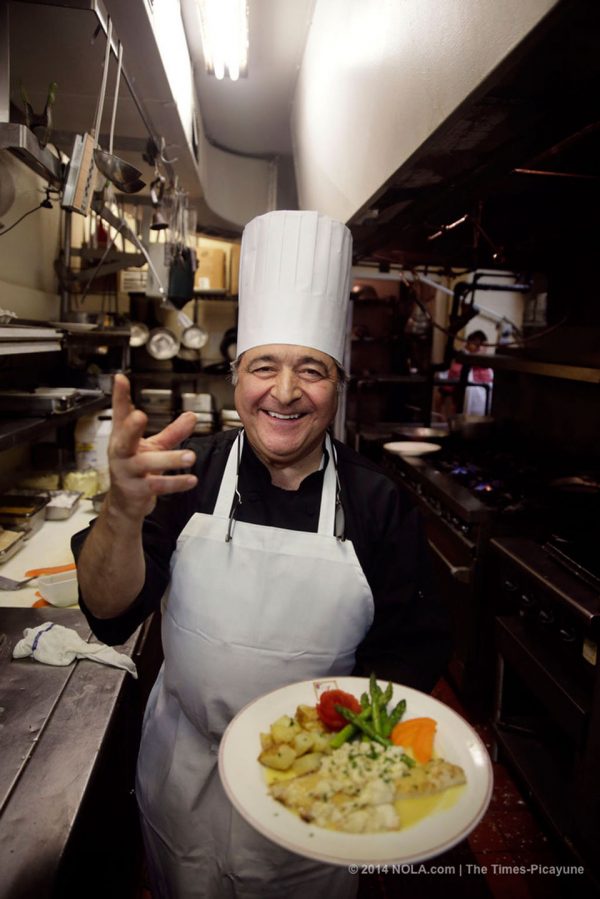 Over the years, Chef Andrea Apuzzo has prepared dishes for Queen Elizabeth, President and Mrs. Jimmy Carter, Senator Ted Kennedy, Clint Eastwood, Sophia Loren, and many others. This week, it was our turn. If you’re looking for authentic Italian food in the New Orleans area, you’ll love Andrea’s Restaurant in Metairie.

Born and raised on the Isle of Capri, Chef Andrea began his culinary education at age seven working in a bakery in his hometown of Anacapri. At fourteen, he left Italy to hone his craft in some of the best hotels in Germany, Switzerland, England, South America, Bermuda and America. In 1985, after eight years as Executive Chef of the Royal Orleans Hotel in the French Quarter, he followed his dream by opening his own restaurant. Today Andrea’s namesake restaurant is his home. We’ve never been to this fine restaurant without being greeted by Chef Andrea himself. He makes each and every diner feel like an honored guest. We don’t think it’s an exaggeration to say that when you walk into Andrea’s, you feel like you’ve been transported to Italy. Our waiter was Italian and hearing his descriptions of the menu items was like listing to music.

We started our meal by passing around a couple of orders of Fried Eggplant sticks with a spicy marinara sauce. Were they good? Let’s just say there were none left when the waiter came to pick up the plates. We followed with Insalata Caesar or Zuppa di Pesce Creolease (seafood gumbo) which was particularly delicious because we were having a cool snap that day.

Our party enjoyed a variety of entrées including Louisiana Crabmeat Au Gratin, Eggplant Parmigiana Sorrentina, Cannelloni Due Torre, Louisiana Crabmeat Ravioli Andrea, and Ossobucco Milanese with angel hair pasta. We learned that Andrea’s makes their own pasta, bread and pastries – even mozzarella and Cacciota cheese – in house. Our group pronounced each entrée “to die for.”

After reading about our entrees, you'd think we must have stopped there, but we didn't – there’s always room for dessert at Andrea’s. Chef Andrea’s Bread Pudding with a warm praline sauce ranks among the best – if the not the best – in the city. His Tiramisu is award winning a well. And you should have seen the look on our friend’s face when she tasted the homemade Cannoli Siciliano with chocolate, vanilla and ricotta cheese filling. Since a woman in our party was celebrating a birthday, she was presented with a delicious Chocolate Mousse with a candle in it while the staff sang “Buon compleanno a te” (“Happy Birthday” in Italian). Andrea’s was a delightful experience from start to finish. If you’d like to try some of Chef Andrea’s recipes at home, pick up one of his two cookbooks, "La Cucina di Andrea’s” and “Andrea’s Light Cookbook.”

Andrea’s is a great place for rehearsal dinners, weddings and holiday parties. It is open every major holiday and would be a great pick for Thanksgiving. The restaurant is also home to the Capri Blu Bar which offers live music every Friday and Saturday night from 8-11 p.m. Since it’s fall, drop by for a Pumpkin Spice White Russian or try Chef Andrea’s Signature Drink, the Capri Blu Martini.