A Brief History of Antoine's

Settle in, because Antoine's Restaurant has a story to tell, and it starts in the spring of 1840. 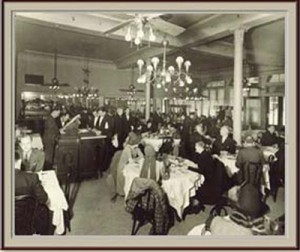 That was when young Antoine Alciatore founded a pension--a boarding house and restaurant--in the Francophone city of New Orleans. Soon, the Pension Alciatore was cooking not just for its boarders, but for New Orleans nobility, who came to Antoine's tiny restaurant in droves. The restaurant moved several times, settling in 1868 at its current location at 713 Rue St. Louis in the French Quarter. 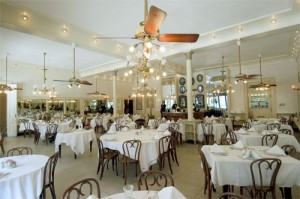 Antoine's came to rest in the hands of Jules Alciatore, Antoine's son, who created one of the establishment's signature dishes: Oysters Rockefeller, so rich it had to be named after the wealthiest family in America.  Following Jules, Antoine's passed through the hands of several more Alciatores, continuing in the Guste family name after Roy's daughter, Marie Louise, married William Guste. Despite interruption by the Civil War, both World Wars, Prohibition, the Great Depression, and more recently, Katrina, which destroyed its legendary wine "cellar," Antoine's has endured in serving New Orleans' finest culinary creations.

Antoine's is now the oldest family-owned restaurant in America, and has a well-deserved following among both locals and out-of-towners alike. The restaurant keeps things fresh by offering specials to give guests a taste of Antoine's classic cuisine.

Pompano en Papillote: A whimsical dish created to honor Brazilian aviation pioneer Alberto Santos-Dumont, this plate was a favorite for years before leaving the Antoine's menu. A filet of pompano is baked inside a sealed parchment envelope with wine, shrimp, and crabmeat, with the resultant steam puffing up the envelope to suggest a hot air balloon.

After your meal, have a "Cafe Brulot diabolique," or devilishly burned coffee. This hot spiced coffee, an Antoine's specialty, is made with cinnamon, cloves and lemon, spiked with brandy and set aflame for a tableside pyrotechnic display. 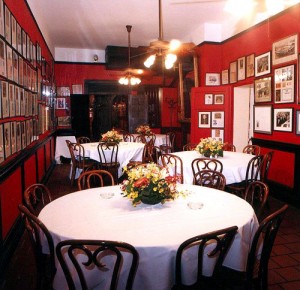 Starting on June 1st, Antoine's is offering a delectable summer lunch special to fill your stomach without emptying your pockets.

For $20.12, you can sample three courses, including dessert, with choices ranging from Antoine's mouthwatering Trout Amandine to the indulgent Pecan Bread Pudding. Accompany your lunch with 25-cent martinis!

And from July 18 through the end of September, you can also enjoy a $35 dinner at Antoine's--choices include Shrimp Regua on a Fried Tomato, Delmonico Center-Cut Ribeye with mushroom bordelaise sauce, and Antoine's Old-Fashioned Chocolate Sundae...perfect for a hot summer night.

Above all, when you visit Antoine's, don't be afraid to ask for a tour. There's more than 170 years of history here, and Antoine's isn't going anywhere.