History on the Move: Tujague’s Changes Locations in 2020

At 164 years old, Tujague’s is the second-oldest restaurant in New Orleans and the third oldest in the U.S. Located across the street from the historic French Market, Tujague’s merged with its neighbor Begue’s, where brunch was invented. History will be made once again next year when the restaurant moves down the street to its new location at 429 Decatur.

In an October 11 press release, Tujague’s owners Mark and Candace Latter announced the move and that the restaurant will not be renewing its current lease at 823 Decatur Street. Mark’s uncle Stanford Latter sold the property.

Although the move is disappointing to some, Mark Latter assured everyone,  "We will take great care in maintaining the storied history our guests have appreciated for nearly two centuries in our new home. Tujague's is a slice of New Orleans history in America's oldest neighborhood, the French Quarter ... and that will not change." 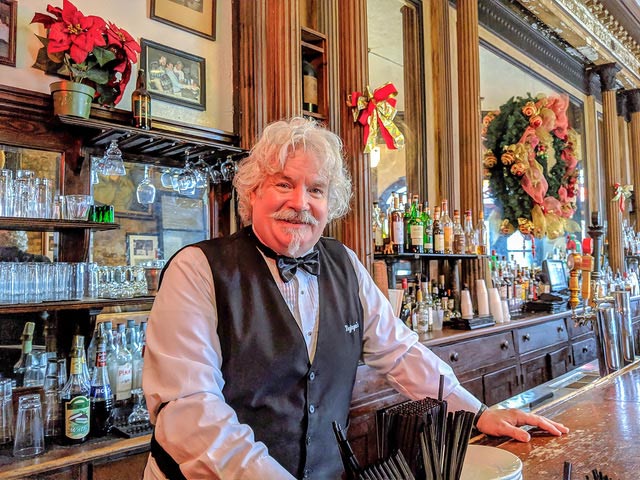 In September 2020, Tujague’s will be moving just a few blocks to the old three-story Bubba Gump Shrimp Co. location, which features a wonderful courtyard, balcony seating and can accommodate up to 400 guests. The new locaton will include a replica of the original Tujague’s bar, the oldest stand-up bar in America. (Did you know the Grasshopper and the Whiskey Punch were invented at Tujague’s?) The historic photos and the 6,000 miniature liquor bottle collection will be making the move to the new location as well.

This is not the first time Tujague's has changed locations. The first location, opened by by Guillaume and Marie Abadie Tujague's in 1856, was three doors down from their currrent location. In 1914, Tujageu's took over the former Begue's Exhange where brunch was invented by Madame Begue.

Tujague's Cookbook author Poppy Tooker said, "By relocating to a third Decatur Street address, the Latter family is ensuring that New Orleans' treasured food traditions will continue just as they have for over 160 years."

Read our Best of Guide: Brunches