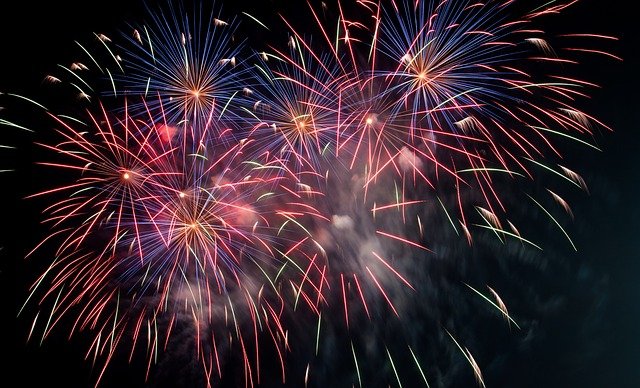 Every year, Tujague's offers a festive New Year’s Eve menu. For $90 per person, it will set off fireworks in your mouth! They're also inviting guests at their last seating to stay and enjoy the fireworks from their balcony. In case you haven’t been to Tujague’s lately, their new location is just down Decatur Street from where they've been for over 160 years. View menu. Make reservations.

Guests of this artsy hotel will receive a free glass of champagne from the Clarinet Lunge between 10 and 11 p.m. on New Year's Eve as well as a BOGO coupon for a mimosa on New Year's Eve or Day. Also, since New Year's Day is also National Bloody Mary Day, their offering $6 Bloody Marys on Jan. 1. Make reservations.

This famous Garden District restaurant is going to book up quickly for New Year's Eve. We can think of no better way to start 2023. They'e open until 9:30 p.m. Make reservations now.

It's Party Time on the Balcony at NOLA Cookery

Bourbon Street is the place to be on New Year’s Eve! Celebrate 2023 on the balcony at NOLA Cookery where you’ll enjoy an all-you-can eat New Orleans cuisine buffet, an open bar, private bathroom access and exclusive balcony access. Learn more.

Dress Up for New Year's Eve at the Riverview Room

One of the most exciting places to be this New Year's Eve is this dressy, "black-tie encouraged" party at the Riverview Room, overlooking the Misissippi River. There will be a buffet dinner, a premium open bar, champagne, music by the Top Cats and more. Learn more.

Be on top of the world, or at least New Orleans, at the rooftop balcony at Mambo's, an exciting restaurant on Rue Bourbon. Packages include an all-you-can-eat New Orleans cuisine buffet, an open bar, private bathrooms and exclusive rooftop/balcony use. Learn more.

Acme is open until 10 p.m. on New Year's Eve. You know what they say. Life's more fun with seafood. Learn more.

Make the Countdown Count at Mulate’s

Cajun dancing and music await at Mulate's in the Warehouse District. Learn more.

Come celebrate the end and the beginning at OHM Lounge. Get your VIP Reservations by emaling brandon@barcadianola.com or call 504-259.0069

Dance 2022 Away at Bourbon Heat

If there’s no place you’d rather be than Bourbon Street this New Year’s Eve, head to Bourbon Heat. Come ring in the New Year at the French Quarter’s hottest dance club. Skip the lines like a VIP and watch the fireworks from their balcony. Learn more.

Landry's Is the Place to Be

This beloved New Orleans Restauarnt on Royal Street will be open New Year's Eve. Pass through the Charm Gates for good luck in 2023 or make a wish at the Devil's Wishing Well. Make reservations.

Vegans, vegetarians and ominivores alike can celebrate happily at this restaurant on Julia Street, serving traditional holiday dishes from the tropics . Make reservations.