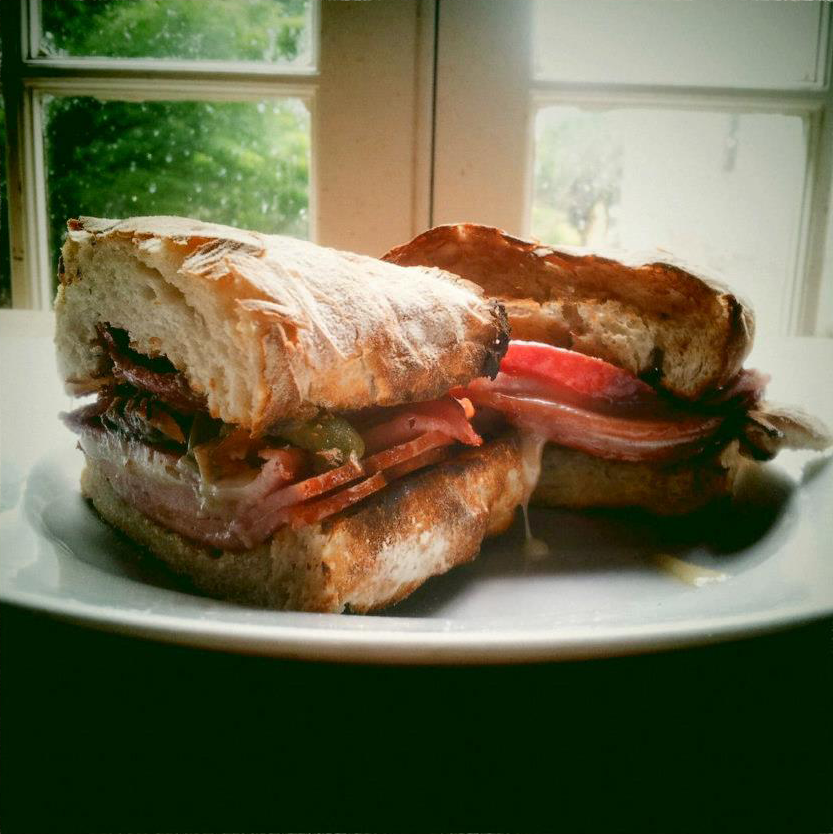 Did you know the muffulette was invented at Central Grocery right here in New Orleans, more specifically in the French Quarter? As the story goes, Sicilian farmers would frequent the grocery after selling their produce at a nearby farmers’ market and order salami, ham, cheese, olive salad, and a round muffuletta loaf.

According to the grocery’s daughter Marie Lupo Tusa, he suggested cutting the bread, putting the ingredients in between the slices, and eating it as a sandwich, even though it wasn’t typical Sicilian fashion. From then on, farmers ordered a muffuletta whenever dining at the grocery.

Muffuletta, like many other New Orleans terms with foreign influence, pronunciation has evolved from the phonetic term. While the owners of Central Grocery say “moo-foo-LET-ta”  other locals call the sandwich a “muff-uh-LOT-uh.”

Other possible spellings were derived from different Silican dilects: