Landry’s Seafood:
Grab a Fork and Take in the Vieux 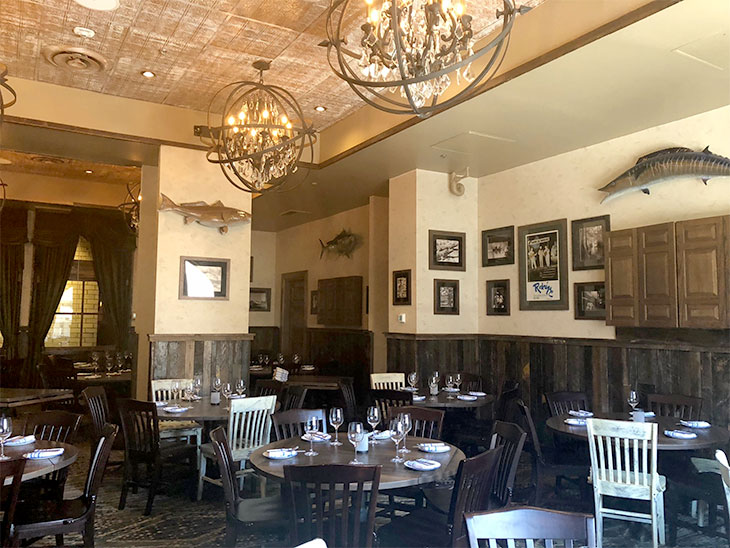 Landry’s Seafood House located in Jackson Brewery, (the first Landry’s opened in a house in Lafayette, Louisiana in 1947) has one of the most enviable views in the Vieux Carré. You can watch the traffic on the Mississippi River, the Riverfront Streetcar rattling down its tracks, and the carriages lining up in front of Jackson Square. Still, the best view at Landry’s might just be the cuisine they set on the table before you. 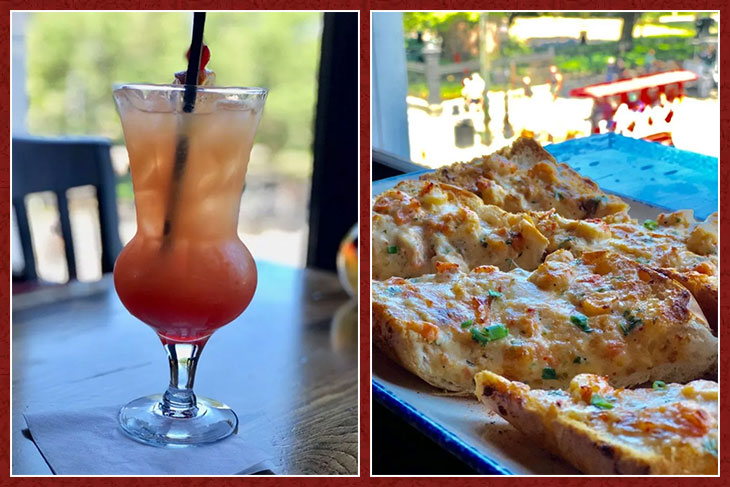 We started with the N’Awlin’s Punch cocktail (hey, we’re from New Orleans – it’s what we do). Between sweet sips, we shared a plate of Executive Chef  Eric Walker’s Crawfish Bread. This dish is a Jazz Fest favorite and just thinking about it will make your palate dance! For the record, we think this version is even better than Jazz Fest's! Walker, a native Philadelphian, came by his Louisiana cookin’ chops naturally – he married a New Orleanian who, along with her mother, really know how to cook! Since relocating here, Chef Walker has gained even more knowledge – as well as 20 pounds.

It took us a while to choose our entrees but one of us went with the Blue Crab Cake Sandwich with Remoulade Sauce, French Fries, and Onion Strings and the other had Crawfish Etouffée (a spicy Cajun stew with rice). Both dishes were wonderful and Pinterest worthy. Then we finished our meal off with fresh coffee and a generous slice of Banana’s Foster Cake (you’ll find it on the Landry’s menu under “Mis B’ Heaven,” alongside the Swamp Pop Float). Our OMG faces said it all. 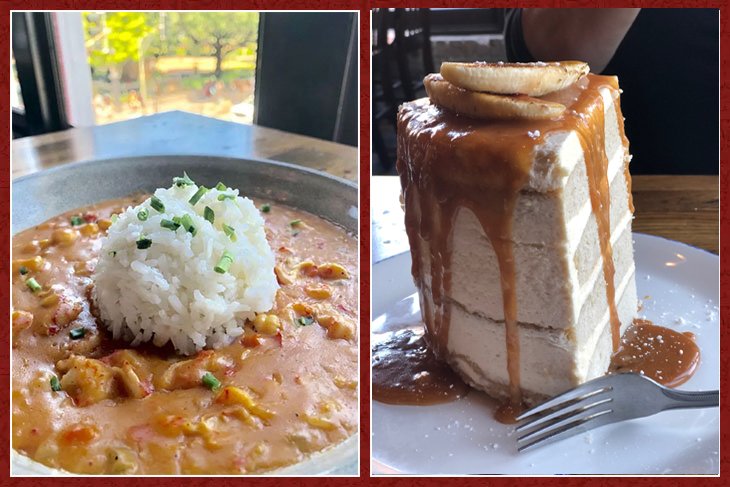 The local crowd has already discovered that Landry’s is a great place to grab a dozen raw oysters, meet up for happy hour, or take in a Saints or Pelicans game. Three private dining rooms, al fresco dining over the river, and the incredible “view of the Vieux” makes it a great wedding and party venue as well.

Learn More about Landrys Seafoodand find out how to contact them or make a reservation!